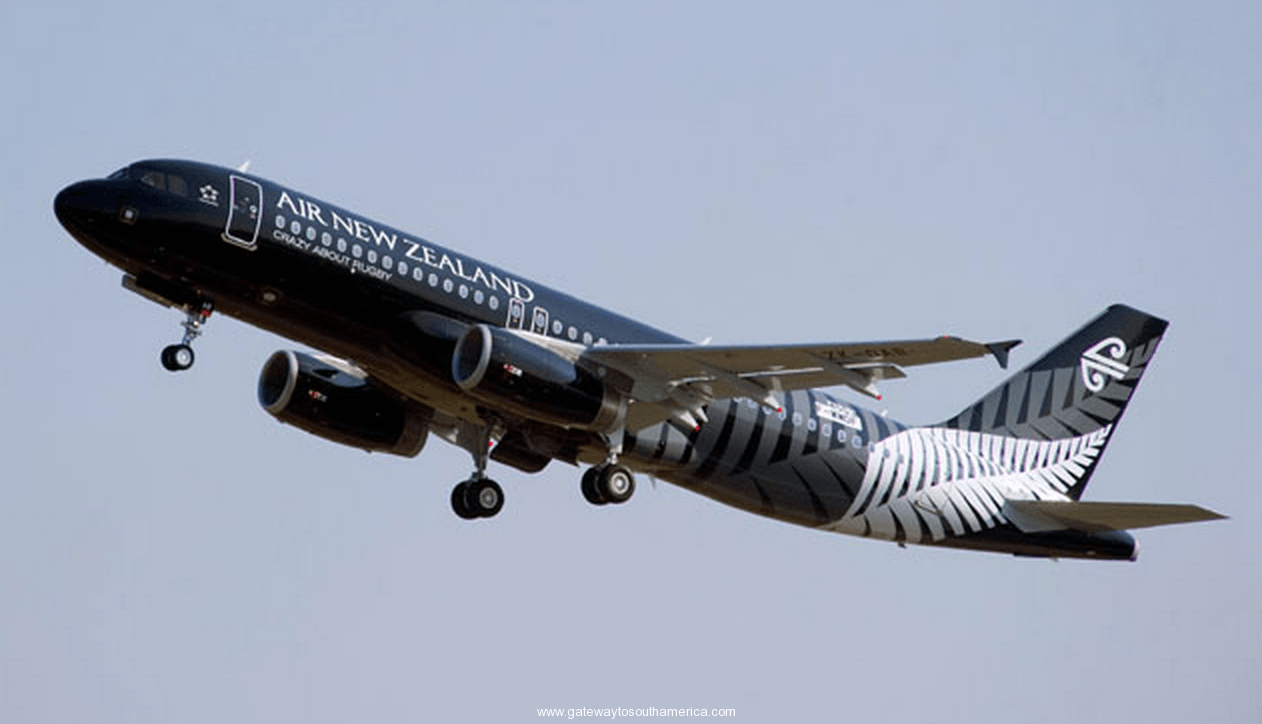 Gateway to South America on 24/05/2020 - 02:22 in All categories of countries are, Argentina-General, Brasil-general en, Chile – General, General of Uruguay, Perú-general en

After Alice fell down a rabbit hole in Lewis Carroll’s fantasy novel Alice in Wonderland she found herself in a truly mad, topsy-turvy world where she underwent startling physical changes including being shrunk to midget size.

Air New Zealand was one of the most celebrated and profitable airlines in the world before it suffered the same fate as Alice, after the Covid-19 coronavirus pandemic collapsed its business and forced it to shrink alarmingly.

With international borders closed indefinitely and global tourism in a hiatus, Air New Zealand is staring down the barrel of a slump in revenue from $5.8 billion in 2019 to $500m in 2020.

Despite Air New Zealand’s majority shareholder, the Government, providing a $900m stand-by loan and despite receiving $70m under the Government’s wage subsidy scheme, the airline intends to make 30 per cent of its workforce (about 3500 employees) redundant.

Other major changes include the closure of Air New Zealand’s heavy maintenance base in Nelson with the loss of 89 jobs, the grounding of its Boeing 777 fleet, massive flight reductions which include the cancellation of its Los Angeles–Heathrow flights and its only route to South America.

Air New Zealand originally suspended the latter service on March 18 when both Argentina and New Zealand closed their borders to all but returning citizens and then on April 24 announced: “Due to the deep impact of Covid-19 on forward travel demand we will not resume operation of our suspended Auckland-Buenos Aires route”.

In writing-off the $100m former chief executive Christopher Luxon said the Buenos Aires service launch cost, as well as losing its talented team of 14 employees in Argentina,  Air New Zealand is walking away from a huge investment.

Cam Wallace, Air New Zealand’s chief revenue officer, said the route had been “challenging” before the Covid-19 crisis which must refer to recent economic difficulties in Argentina and the route’s feeder markets in Brazil, Colombia and Peru.

But it is hard to understand why after carrying 400,000 passengers and cargo over four years, which is estimated to have generated more than $500m in revenues, the airline was not, at least, breaking-even.

The most glaring example of Air New Zealand’s hard-nosed approach has been its approach to regional flights in New Zealand.

These have progressively been axed, over community and even ministerial objections, because they did not return a profit, and the Buenos Aires service appears to have fallen into this category.

It could play a larger role in regional and trade development than its strictly commercial modus operandi has permitted in the past.

A fast return to its former scope and scale will be critical in rebuilding our devastated tourism industry.

On April 30, Deputy Prime Minister Winston Peters would not be drawn on rumours the Government was preparing to increase its 52 per cent shareholding in Air New Zealand under an equity provision of the $900m stand-by loan agreement.

But he did say that if the Government increased its shareholding, bottom-line profits would not be Air New Zealand’s be-all and end-all.

Peters, who is also the Minister of Foreign Affairs, said economic development values (which he referred to as “contingencies”) should be factored into the cost/benefit equation when scheduling air services that serve the national interest — particularly to New Zealand’s provincial regions — which can only mean the Government envisages underwriting such operations.

If one lesson has been learnt from the Covid-19 debacle it has been that putting all our export trade eggs in one basket is foolhardy.

The sudden halt to New Zealand’s trade with China in January proved New Zealand needs to diversify its markets.

International air links are vital tools in facilitating and enhancing the growth of bilateral trade, and with a new, urgent imperative to diversify New Zealand’s export markets it is clearly in the national interest to maintain its only direct air link with South America and its more than 500 million consumers.

If Peters is accurately reflecting Government thinking then providing trade and tourism development funding to enable Air New Zealand to get back into South American skies once circumstances permit (even if initially on a weekly or fortnightly schedule) would clearly be in the national interest.

While passenger demand across the world is expected to be low in the short and even medium term, demand for international air-cargo services is booming so reconfiguring surplus passenger aircraft as freighters is an option for Air New Zealand.

The price of second-hand airliners is dropping like a stone and selling anytime soon would be a mug’s game, so utilising otherwise mothballed aircraft for freight operations makes perfect sense with the added benefit more pilots could be retained than would otherwise be the case.

There is a precedent from 1981 when Air New Zealand reconfigured a DC-8 to carry cargo.

That gave great impetus to the development of new markets for fresh produce such as kiwifruit, cherries and seafood in Japan, Europe and the United States, as well as making the airline a lot of money.

Even using passenger jet cabins to move freight is an option.

China has been striving for closer relations with South America for many years , particularly with Argentina and Brazil by buying vast quantities of soy beans and funding infrastructure projects, and the medical assistance it is providing during the Covid-19 crisis is drawing the two regions even closer.

One of the eventual outcomes of closer China-South America relations, which could ultimately be a commercial opportunity for Air New Zealand, will be scheduled passenger flights via Auckland, as it is logistically and technically the most efficient — and ergo the most economic — air route between the two regions.

After Alice shrank to midget size she later grew back to be larger than before, so all was not lost for Alice.

Nor will all be lost for Air New Zealand if it continues to employ the innovation for which it is famous, and in the case of Buenos Aires, gets back into the air as soon as national interest imperatives and resources permit.