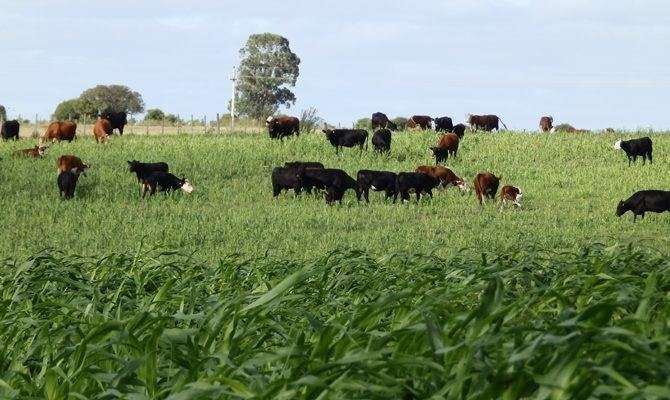 Gateway to South America on 12/02/2016 - 03:12 in All categories of countries are, General of Uruguay, Uruguay Farms, Uruguay Farms

Global demand for agricultural products will remain strong in the coming decades, mainly sustained by increased consumption in Asia. In developing countries, the current average meat consumption of 26 kg will reach 37 kg by 2030. Meat consumption will continue to rise, as projected by the FAO. FAO Corporate Document Repository.

Uruguay is a reliable and attractive destination for foreign agricultural investment. Uruguay is a predominantly agricultural country, world renowned for the quality of its products, especially meat. Today it ensures that it implements policies and regulations that adopt the highest international standards throughout the production chain. These apply from the field to the marketing and export of agricultural goods, especially its magnificent beef.

Uruguay is located on the Atlantic coast of South America, bordered by Brazil to the north and to the west by Argentina. It is the second smallest country in South America. It covers an area of 176,000 km². Uruguay has a population of 3.25 million people, of which 1.3 million live in the capital Montevideo.

The topography of the Oriental Republic of Uruguay is a melting pot, in the transition between the Argentine plains and the highlands of southern Brazil. The plains are located to the east, south and west, while the interior is made up of small hills and plains.

The Atlantic coast of Uruguay has marshy lagoons and sandy little beaches, while the shores of the Rio de la Plata and the Rio Uruguay are less humid and wider. 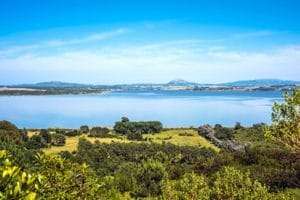 Lagoon of the Willow, Maldonado, Uruguay

The most valuable asset of Uruguay is water. It has several rivers and some lakes of considerable size. The lake of the Black River Reservoir is the country’s largest.

The total agricultural area of Uruguay is 16.4 million hectares, of which 13 million is designated for raising sheep, cattle for meat and dairy cattle. There are 11 million cattle and 8 million sheep.

Rules for soil and water

Rank on the ease of starting a business

Rank on the ease of getting electricity

Why choose an agricultural investment in Uruguay?

The Uruguayan economy is small and open, with a growing outreach to regional and international foreign markets, where exports play an important role in local productive development.

Uruguay grew at an average annual rate of 5.4% between 2004 and 2014. It is one of the fastest growing countries in the region.

Foreign investment has reached very high levels – 5.6% of GDP – so Uruguay was the second largest recipient of FI in South America in the last decade.

Uruguay has no restrictions on exports of agricultural products.

Uruguay enjoys advantages in food production worldwide. The agribusiness accounts for 75% of all of Uruguay’s exports in 2014.

Uruguay’s population being 3.5 million, the country produces food for 28 million people and is estimated to produce food for 50 million people in the coming years. This is perhaps one of the most important projections to consider for an agricultural investment in Uruguay. 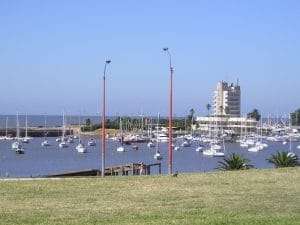 Uruguay is positioned in the largest exporter food region in the world, along with Argentina, Brazil and Paraguay. It is a member of FONTAGRO, the alliance of countries established to fund research and innovation in science and technology in the agricultural sector. FONTAGRO.

Within MERCOSUR, the traditional reputation of economic and social stability as well as its role as a financial centre, gives Uruguay an advantage when it comes to assessing the location of industries with interests in the countries of MERCOSUR.

Multinational companies established in neighbouring countries are in a good position to make use of the advantage offered by the Uruguayan Free Zones.

Uruguay is a nice and relaxed country. It is a politically stable, safe and comfortable place to live.

Montevideo is a beautiful coastal city with a wonderful small town feel. It has many restaurants and cultural activities. It is not necessary to have a car in the city.

Agricultural investment in Uruguay is a good option for foreigners wanting to live a good lifestyle. There are plenty of beautiful properties for sale, surrounded by very productive lands. 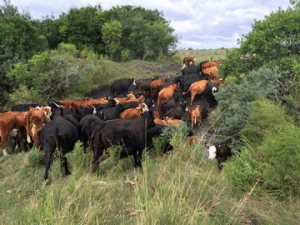 Cattle passing through a creek, Uruguay

A production system based on the animals grazing freely throughout the year and fed on natural pastures makes Uruguayan meat safe, highly nutritious, extra lean and with a distinctive flavor and texture. It is exported to 50 countries, so that Uruguay is one of the ten largest exporters of beef in the world.

The production tracking system enables access to all information, from the birth of the animal until it reaches the consumer’s table. The certification of the quality and safety of Uruguayan meat is state policy and positions it as a leader worldwide.

Uruguay has a policy of sustainable agricultural development, including a fully computerized and mandatory system for managing crop rotation and also for animal traceability, using chips with a government database. Ministerio de Ganadería, Agricultura y Pesca.

The prestige of the sheep industry has a long tradition in Uruguay. Their quality products positioned Uruguay as one of the 10 largest exporters of sheep meat in the world and the main exporter of wool combed in America and the world’s fifth.

Given its location geographical location, soil conditions and climate, the country has excellent natural formation which makes it very suitable for cattle for dairy. Milk production in the country has grown steadily since 1975.

The dairy industry plays an important role in the economic structure of Uruguay.

Within a context of strong productivity growth it has happened very dynamic industry. The primary sector is continually incorporated technical advances, in pastures, both machinery and equipment, animal health and livestock improvement. Agro business in Uruguay: PDF 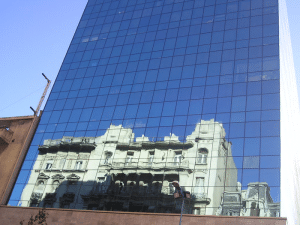 Uruguay has a specific legal framework for certain sectors. All investments in Uruguay benefit from some general rules for all investors.

Uruguay has an active policy to encourage investment in the country.

Law 16,906 (1998) states that the promotion and protection of domestic and foreign investment is of national interest.

Foreign investors have the same incentives as local; no discrimination from a fiscal point of view or restrictions on the transfer of profits abroad.

The World Economic Forum recognized that Uruguay significantly improved its position in the Global Competitiveness Index, which measures the macroeconomic environment, going from place 80 to place 73. This pillar essentially measures the economic stability of the country as a competitive factor amongst 144 economies. In the overall ranking, Uruguay is ranked fourth in South America after Chile, Colombia and Peru. Datos Macro. 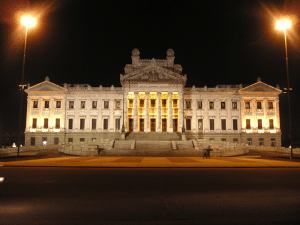 The tax system is neutral with respect to foreign investment. You do not need a permit or authorization to make an investment, except for the environmental authorization.

Uruguay has free movement of capital, foreign exchange and gold to and from other countries, and a system of free exchange convertibility of the national currency. About 69% of deposits in the financial system are in US dollars, of which 21% is held by non-residents.