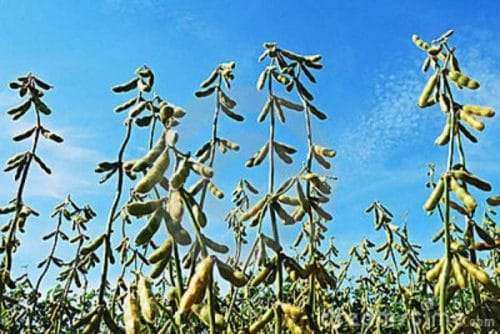 Gateway to South America on 31/10/2018 - 12:34 in All categories of countries are, Argentina-General, Argentine farms

Federico Zerboni gazes out from his 4×4 as it rumbles across the pampas, fertile fields of rapeseed and soybean visible as far as the eye can see.

An agri-business boom in Argentina, fueled largely by soybean and grain exports, has helped offset some of the pain of a bitter recession that forced President Mauricio Macri to call on the International Monetary Fund for a $56 USD billion bailout.

Zerboni, 53, said his 6,000-hectare (14,800-acre) farm — and hundreds like it on Argentina’s fertile lowlands — hold the key to the South American country’s economic recovery.

“It will be key for the recovery of the country. Other countries have oil, but Argentina depends on its agricultural production,” he said.

The sector has largely absorbed the pain of a drought that devastated last year’s harvest, bouncing back with what analysts say is set to be a record 2018 grain yield.

“It’s the main source of foreign currency, whatever the government,” said Zerboni, who employs 10 people at his farm near San Antonio de Areco, 120 kilometers (75 miles) northwest of Buenos Aires.

But Macri, whose center-right government now has to dance to the IMF’s tune, has angered some farmers by performing a major U-turn on one of his signature policies, cutting grain export taxes.

After steadily whittling down taxes in a bid to boost exports, the market-friendly president slapped a 10 percent tax on exporters’ earnings in the last budget as a much-needed revenue-generating measure.

“Because it’s not a tax on profits, but on income, that is to say, that you continue to pay, even when you lose money,” he told AFP at his Buenos Aires office.

Zerboni and others have had to suck up the discomfort, hoping the government will keep to its word that the tax is temporary.

Previous leftist governments with an urban voter base “discriminated” against the sector, said Zerboni, who sees the tax as “a helping hand” at a time of dire need for the Argentine treasury.

However, he acknowledged that “it doesn’t help us that we’re a sector that’s working well in a country that’s falling apart.”

A little further along in his 4×4, Federico Zerboni points to a state-of-the-art horizontal silo, where grains are stocked in a huge sausage-shaped white bag.

The tactic leaves producers open to accusations of hoarding.

“The country complains that the producer isn’t selling when it needs sales to bring dollars into the economy,” Zerboni said.

But ultimately, it’s “a tool to protect ourselves against the volatility of the dollar,” he added.

The grain crop highlights “Argentina’s dependence on agriculture,” said economist Rodolfo Santangelo, as it accounts for some 50 percent of the foreign currency flowing into the country.

“Results in the agricultural sector have a knock-on effect on the rest of the economy,” said Santangelo. “We don’t feel it so much in the capital and the metropolitan area, but in the interior of the country.”

The export tax may be the price to pay for having a relatively friendly center-right government in place, especially for exporters who have experienced the Peronist alternative, but farmers have a limit to their patience.

“We understand the recent measures taken by the government as reasonable to stabilize the exchange rate… but we are concerned about the effects of these measures” in the longer term, said Gustavo Idigoras, president of the House of Export Cereals (CEC).

“It’s essential the government reverses those measures as soon as possible,” he warned.

“Because if not, investment levels in Argentina next year will be very low. That’s why we’re worried about the recession.”