A large Chinese Soya Project in Brazil has stalled: What is happening 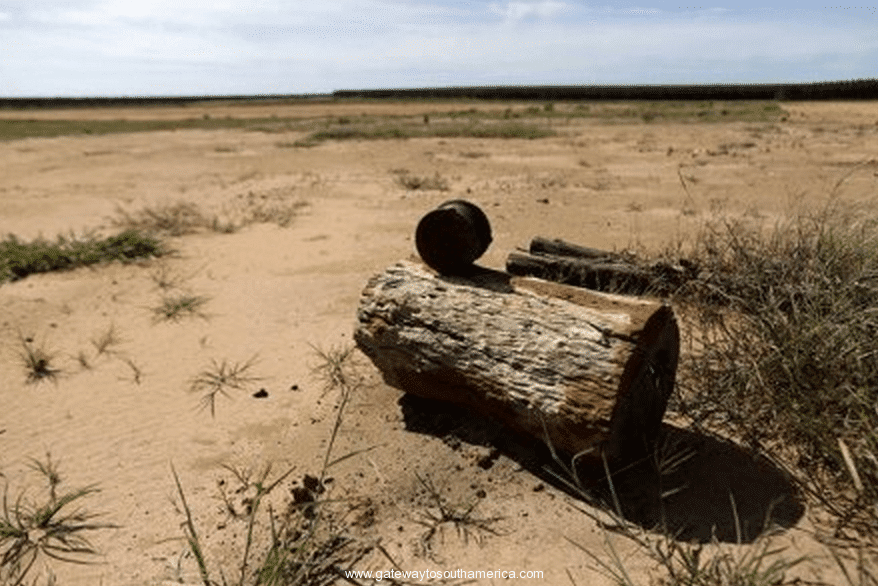 There are no signs to identify a barren field in northeastern Brazil that was meant to be the center of one of China’s most ambitious agricultural forays into South America. In 2011, Chongqing Grain Group Corp announced plans to build a soya crushing plant, railways and a giant inland storage and transportation hub to export goods back to China. The total price tag: $2 Billion US. Yet today, the company has only managed to bulldoze a 100-hectare area on which the crushing plant might one day stand. Even that project is on hold, though, and shrubs are starting to grow back on the cleared terrain. The stalled plans are an example of the difficulties facing once-promising Chinese investments here. Brazil’s notorious bureaucracy, its slowing economy and a deep-seated mistrust of China’s hunger for land and commodities all appear to explain why the field is still empty.

After a rush of investment announcements in recent years, as many as two-thirds of Chinese projects in Brazil face lengthy delays or never get off the ground. The government of Bahia state says the Chongqing Group’s plans are still moving forward – slowly. “It’s just in a bureaucratic processes,” said Josalto Alves, spokesman for Bahia’s agriculture department. He said the plant needed approval from a municipal government as well as environmental licenses. It’s unclear whether Chongqing has abandoned the other elements of the project or not. Representatives for the company in China and at its subsidiary in Bahia, called Universo Verde, declined repeated requests for comment.

Alves said the company is still evaluating infrastructure projects, although other local officials said that Brazilian companies are likely to build a railway and transportation hub. Margaret Myers, program director for China and Latin America at the Inter-American Dialogue, a Washington-based think tank, suspects the delays are about more than red tape.

Chongqing Grain Group originally planned to not only build the plant, but also acquire large expanses of surrounding farmland, according to Brazilian media reports at the time.

Brazilian legislators expressed worries that China was interested in securing as many natural resources as it could, with little benefit to Brazil, one of the few countries in the world with new land available for agriculture. Myers said the Chongqing project was widely perceived as a “land grab.” As negotiations for its terms were underway in 2010, the Brazilian government tightened restrictions on foreign land ownership – a move that officials privately said was mostly aimed at China.

Brazil’s slowing economy has also prompted many foreign investors to scale back their projects here. In 2010, Brazil’s economy grew 7.5 percent and some believed it was set to join the ranks of developed nations by the end of this decade. But because of poor infrastructure and a stagnant government reform agenda, the economy has averaged just 2 percent growth since then.

Hungry to revive growth, other officials have been much more welcoming of the Chinese. The Bahia’s state government spent years wooing Chongqing Group and even has an office in China. China buys the bulk of soya shipped from Brazil and neighboring Argentina and is Brazil’s top trading partner.

Chinese agricultural companies however appear to be changing their approach following recent challenges. Instead of controlling the entire soybean production chain, as they aimed to do in Bahia, they have focused recently on acquisitions of existing trading houses.

On Wednesday, China’s largest grain trader COFCO Corp agreed to pay $1.5 billion for a majority stake in Singapore-based Noble Group Ltd’s agribusiness. The purchase followed COFCO’s February agreement to buy a 51 percent stake in Dutch grain trader Nidera, in what was the first major purchase in a trading house by a state-owned Chinese agricultural company. COFCO will now be able to purchase soya supplies from Brazil and other top producers directly, and process them into animal feed at home.

That would allow the Chinese to avoid working with the big four grain brokers ADM, Bunge Ltd, Cargill Inc and Louis Dreyfus Corp. That may be more viable than trying to get into the farming game in Brazil, where U.S. and European based trading firms have crushed and brokered soybeans for decades.

In western Bahia state, plants owned by Cargill and Bunge already have deals to buy soybeans from local producers. “The industries are very well established and it is hard for newcomers to come in, even those as persistent as the Chinese,” said Carlo Lovatelli, head of Brazil’s crushing association Abiove. The town of Barreiras will analyze Universo Verde’s proposal for the crushing plant plan soon, Adalto Soares, a spokesman for the mayor’s office, said this week. The plant would be integrated with a new industrial district planned for the city that would include a dry port and railway – now likely to be built by Brazilian firms, he said.