A country profile of Bolivia 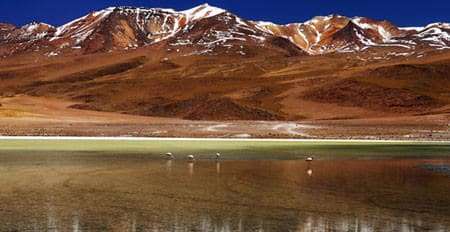 Gateway to South America on 26/02/2015 - 18:54 in All categories of countries are, Argentina-General, Brasil-general en, General of Uruguay

Bolivia is a country of statistical extremes, landlocked Bolivia is the highest and most isolated country in South America.

It has the largest proportion of indigenous people, who make up around two-thirds of the population.

Though rich in mineral and energy resources, Bolivia is one of South America’s poorest countries. Wealthy urban elites, who are mostly of Spanish ancestry, have traditionally dominated political and economic life, whereas most Bolivians are low-income subsistence farmers, miners, small traders or artisans.

The country has the second-largest reserves of natural gas in South America, but there have been long-running tensions over the exploitation and export of the resource. Indigenous groups say the country should not relinquish control of the reserves, which they see as Bolivia’s sole remaining natural resource.

La Paz is the world’s highest administrative capital
Before President Evo Morales came to power the political fallout from the issue had helped to topple two presidents and had led to calls for regional autonomy, including in prosperous, oil-producing Santa Cruz.
In May 2006 President Morales delighted his supporters but sent shockwaves through the energy world when he put the energy industry under state control.

Bolivia underwent further radical change in January 2009, when voters backed President Morales’ project for a new constitution that aimed to give greater rights to the indigenous majority population.

Politics: Differences over the exploitation of energy resources underlie recurring political crises; Evo Morales is the first indigenous president
Economy: Poverty is rife and there are regional disparities in wealth distribution; Mr Morales opposes free-trade policies and has tightened state control over the economy, nationalising the energy sector and key utilities
International: Mr Morales is a strong critic of the US, which in turn is concerned about Bolivian coca cultivation; Bolivia has close ties with communist Cuba and socialist Venezuela
In the 1980s Bolivia experienced a deep economic recession. The tin market collapsed, with the loss of about 21,000 jobs, inflation was rampant and the national currency was in severe crisis.

Bolivia is one of the world’s largest producers of coca, the raw material for cocaine. A crop eradication programme, though easing the flow of conditional US aid, has incensed many of Bolivia’s poorest farmers for whom coca is often the only source of income.

Part of a BCC review