A continuing crisis, the real estate sector in Buenos Aires had its 17th month of consecutive falls 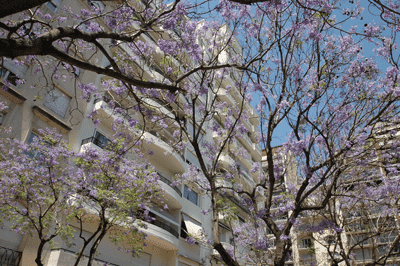 Average transaction values fell 18.8% in US dollars, which could be an indication of the lower prices

The real estate sector continued its 17th year-on-year fall in October after it was obvious the market-friendly government of Mauricio Marci was going to be replaced by the earlier corruption-ridden one of Christine Kirchner. According to the Colegio de Escribanos porteño, last month 3,152 settlements. This represents a drop of 14.1% from October 2018. However, against September purchases were up 9.8% from the previous month.

For its part, the percentage of deeds with mortgage credit over the total increased from 8.7% to 12.2% in a year.

“They are 17 months of consecutive year-on-year decline and the trend of the two the last months of the year make us imagine that 2019 will be, along with 2014, the two lowest records in our historical series,” said Carlos Allende, president of the Colegio de Escribanos de la Ciudad de Buenos Aires.

If the accumulated in the first 10 months is measured, the market drop is 41.7%.

“These first 10 months of bank mortgages recorded 2,578 cases, and it is a 79.2% drop from 2018. It remains the lowest cumulative period in the historical series,” the statement said in a statement.