A 750% Increase in Paraguay’s Harvest Area

Grain production has shown a 750% increase in Paraguay’s harvest area in the last 25 years. The export of grain accounts for $5 billion USD in revenue for Paraguay. In turn, transportation by truck for the export of grain means heavy congestion on the roads, which have been very poorly maintained and are insufficient for the increased demand.

The most conservative numbers say there is more than 570,000 road trips from the farms to the ports and urban centres during just 10 months of the year.

Paraguay shows continuous growth in the production of various crops – corn, wheat, sunflower, rice and soybeans – what a success!

Agricultural policies have not been accompanied by logistics, so the quality of the roads is substandard, which means difficult and expensive transport for urban centres and to the ports of Brazil.

“Paraguay has a very high potential, to such an extent that this growth should be harmonious with regard to road infrastructure,” said the Engineering and Agricultural Coordinator of Paraguay, Hector Cristaldo.

“There is movement throughout the year, no longer just sugar harvests but production for 8 to 10 months. Often we do not realize these numbers, but when we start to design and plan, we are pleasantly surprised,” said the Head of the Agricultural Union. 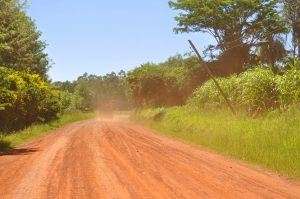 Significant deficiencies in road infrastructure, given the expected growth of up to 20 million tons, necessitate that the study and analysis of transport routes be undertaken shortly.

The three alternatives are railways, better roads and waterways.

Regarding the roads, duplication of routes 2 and 7 is the most urgent to improve the flow, which today are very slow, and immediate essential works are expected.

Export grains such as corn and wheat, passing through Brazil, are causing congestion also at this time of year. Soybean, harvested between January and March, is directed to different ports: Rosario and Nueva Palmira, bound for East Europe and Latin America.

Part of the grain is used to produce feed, which is processed in the country and then sent to different farms to feed poultry and farmyard animals. The produce from the farms also requires road infrastructure to get to urban consumption centres while it is fresh and of good quality. 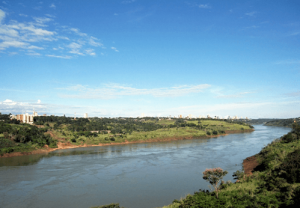 On the same theme, but in this case the transport of cattle, a river wharf was opened in Bahia Negra, with its primary objective being to get animals to the slaughterhouses of Paraguay in good condition.

The poor state of the roads makes land transport an inferior option for livestock.

The jetty is a private initiative. Due to the slow reaction of the government, the Frigorífico Concepcion company, owned by Jair Lima, chose to develop its own transport, which will favour their businesses, as well as livestock in the region.

The same company will build two jetties, located in Fuerte Olimpo and Carmela Peralta. In both areas of the Chaco, the roads are terrible and no public improvement works were planned.

A total investment of $3 million USD  is estimated for the three jetties and the purchase of six barges adapted for the transport of livestock.

The opening of the first wharf was attended by local farmers in the area, the main beneficiaries of the initiative, and representatives of the agricultural community of Paraguay.

In the Palacio de la Moncloa, the first credit agreement of the Spanish Cooperation, on behalf of the Republic of Paraguay, was signed by the Minister of Finance and Public Works and Paraguayan Communication and Secretary General for International Development Cooperation, Gonzalo Robles, and the Director of the Institute of Official Credit.

The Spanish Cooperation will finance, in part, the “Program of Improvement of Local Roads in the Eastern Region of the Ministry of Public Works and Communications of the Republic of Paraguay”.

The initiative is a pioneer from the government of Spain. The loan granted will finance 20% of the works, amounting to €22 million. 80% of the works will be financed by the Interamerican Development Bank (IDB).

The Fund for Development Promotion (FONPRODE) of the Spanish Cooperation is managed by the Ministry of Foreign Affairs and Cooperation, through the Secretary of State for International Cooperation and for Iberoamerica and Spanish Cooperation Agency (AECI). FONPRODE was created in 2010 and has more than €1 billion of investment.

The initiative to support the Government of Paraguay, by means of the program of improvements in transportation infrastructure, will directly benefit the most disadvantaged rural populations in the country.

Once the works are completed, the beneficiary rural populations will have better access to health and education centres. Moreover, small landholders will have the appropriate roads to transport their produce to local markets, with no impairment or product losses and shorter travel times.

Both initiatives – one private and one public – although not a definitive solution for the complete road infrastructure of Paraguay, show great progress in the right direction.

The ultimate solution of road engineering, which is expected to be complete within the next decade, will be a major effort by the government and the private sector.

From an outside view, if the production has been excellent even with such poor infrastructure, a brighter future for agriculture and rural life in Paraguay is expected within a short time.

For investors, this is the right time to invest in farmland in Paraguay, either for breeding livestock or for grain sowing, whilst the values of properties are so low. An improved infrastructure will cause land values to rise substantially.  With ongoing funded road projects, the past obstacles are no longer to be seen as such, but present instead,  a great opportunity to buy now.

Want to know more about Paraguay? Then read some of our other Paraguayan Posts.