30 Years of Mercosur: What Has it Brought its Members? 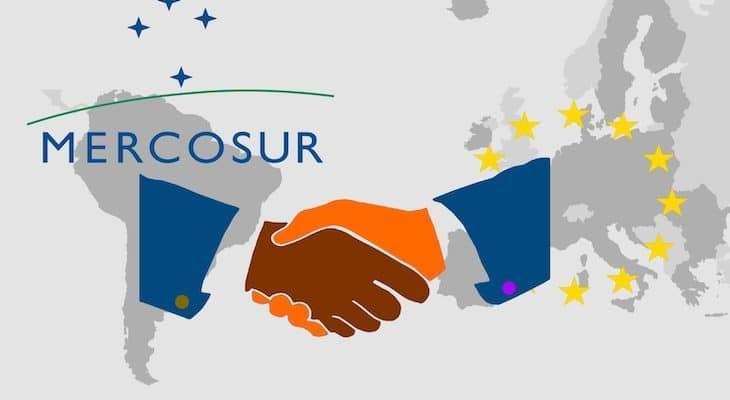 On March 26, 1991, the heads of state of Argentina, Brazil, Paraguay, and Uruguay gathered in the Paraguayan capital of Asuncion to sign a treaty formally establishing a regional economic integration initiative officially named the Southern Common Market, but better known as Mercosur.

Thirty years on, the four countries remain active members and the association has plans for expansion. But what advantages has Mercosur brought to its founders? And what does the future hold for the bloc?

Below, we consider some of the commercial benefits to investors and members, and the free trade agreements that Mercosur has brought about before taking a look at what to expect of the bloc in the future.

The Treaty of Asuncion was the culmination of years of discussions that had kicked off between Brazil and Argentina in late-1985 as each country faced up to the challenge of a more outward looking future following the end of years of military rule.

In mid-1990, the pair signed the Buenos Aires Act during a meeting in the Argentinian capital, establishing a plan to implement a customs union before the end of 1994. However, when Paraguay and Uruguay began to show strong interest in participating in the process in late-1990, the four nations decided that a new formal treaty would be needed.

When they came together in Paraguay the following year, much of the final treaty was based on the Buenos Aires Pact.

A look at World Bank data suggests some mutually shared trends for Mercosur countries that are not seen to the same degree in the likes of Chile, Colombia, Mexico, or Peru

Since formally incorporating Mercosur, Paraguay has been briefly suspended, between 2012 and 2013, following the controversial impeachment of leftist President Fernando Lugo, which many observers labeled a coup. Meanwhile, Venezuela joined at the same time of Paraguay’s departure, before being ejected in 2017 for failure to meet agreed reforms.

Today, Bolivia awaits formal membership, having been endorsed as a new member by all four founders in 2015, while the bloc’s two observer states, Mexico and New Zealand, have long been slated as potential future members, with the government of New Zealand announcing in 2018 that it was interested in establishing an agreement with the association – albeit without suggesting full membership as an option.

To understand why any one of those countries or other might wish to join, it is necessary to consider the benefits that have been enjoyed by its members, whose collective GDP currently exceeds US$2 trillion.

How Mercosur has Benefited Business

One of the most obvious benefits that Mercosur has brought to its members is the freedom of movement, both of its populations and of goods for doing business, which has created a more dynamic commercial environment  throughout this part of South America, which is often referred to as the Southern Cone.

As the obstacles to freedom of movement seen between the UK and EU in the wake of Brexit have highlighted, having populations able to easily move between jurisdictions is a boon for businesses, allowing companies to move their talent around a region, and cast their recruitment net wider. When that freedom is curtailed, it comes at great pain to commerce.

Such dynamism also attracts greater investment, and while it would be remiss to associate membership in Mercosur with every economic pattern seen in the founding nations since 1991, a look at World Bank data on FDI inflows, as well as on growth in GDP and gross national income (GNI),  does suggest some mutually shared trends that are not seen to the same degree in the likes of Chile, Colombia, Mexico, or Peru.

By integrating their economies, introducing the likes of double taxation agreements and opening borders, members will naturally become more tied to each other’s fortunes

In all four countries, 1992 marks a clear beginning for FDI to begin to increase and for concomitant rises in GDP and GNI to be witnessed before all four saw dramatic rises in all three markers towards the end of the 1990s  – arguably the early results of free trade agreements stuck between the members in 1995.

Part of the reason for that phenomenon, of course, is that by integrating their economies, introducing the likes of double taxation agreements and opening borders, members will naturally become more tied to each other’s fortunes, while the free movement of goods and services allows for much greater cross border enterprise.

Key to the attraction of increased FDI is the provision among Mercosur nations of allowing foreign investors to access many of the benefits Mercosur offers its own citizens, namely through the Colonia Protocol – which the four nations reached in 1994 – and which guarantees any investor domiciled in one of the member countries the same rights and privileges in the rest of the bloc.

Beyond the mutual FTAs established among the founders, Mercosur has struck deals with regional partners such as Bolivia, Chile, Colombia, and Peru, as well as Egypt and Israel, while framework agreements were also established with Morocco and Mexico.

In the case of Mexico, a preferential trade agreement is also in place covering the automobile industry, while broader such agreements have been established jointly with Colombia, Ecuador, and Venezuela, as well as with India and the Southern African Common Market.

Meanwhile, in 2019, Mercosur came to a political agreement with the European Union for “an ambitious, balanced, and comprehensive trade agreement” intended to promote sustainable growth on both sides.

This agreement is particularly significant given that the EU is Mercosur’s number one trade and investment partner, with EU exports of goods to Mercosur in 2019 totalling €41 billion (US$48.4 billion) while services exports hit €21 billion (US$24.8 billion) the previous year.

Arguably, for individual members – and especially for the smaller member nations of Paraguay and Uruguay -striking such deals would have been much harder to achieve or would have taken much longer without the economic clout of their larger neighbours to broker deals with.

In the case of Paraguay, all of its current FTAs are in place thanks to its Mercosur membership, with the country currently embarking on negotiations with Chile for its first bilateral FTA.

The Future of Mercosur

While the first 30 years saw only a brief fluctuation in membership makeup within the bloc, a significant expansion of Mercosur should be considered a distinct possibility for the coming future. Because not only is Bolivia awaiting formal entry, but with the bloc’s ties growing closer to its associate members thanks to the FTAs in place, including Chile, Colombia, Ecuador, and Peru, it should be considered quite possible that those nations will someday join.

Should Mexico also join, that would effectively represent a sort of merger between Mercosur and the Pacific Alliance, another regional economic association in which the North American nation is joined by Chile, Colombia, and Peru. When you add to the mix that fact that New Zealand already has an FTA in place with the Pacific Alliance, the confluence of so many of the same nations around the two blocs points to great potential for them to become more deeply integrated.

In 2019, Mercosur came to an agreement with the EU for “an ambitious, balanced, and comprehensive trade agreement” intended to promote sustainable growth on both sides

That could be a bonanza for business in Latin America, with the collective economic muscle of most of the nations in the region, and the possibility of being able to access so many emerging markets via a single agreement being incredibly enticing to potential trade partners and investors.

Meanwhile, with Mercosur currently undertaking negotiations to strike a trade deal with Singapore – which is speculated to be a potential new non-Latin American member of the Pacific Alliance, along with Canada, who Mercosur is also seeking a deal with – that web of interconnectedness is only going to grow.

Add to this the expanding ties between Mercosur and the emerging markets of the Association of Southeast Asian Nations, as well as the increasing interest of China in Latin America, and the future looks a lot bigger and brighter not only for the Southern Common Market but also for the entire region of Latin America.

Craig is the Managing Director and Co-Founder of the Biz Latin Hub Group. Craig holds a degree in Mechanical Engineering, with honours, a Master’s Degree in Project Management and various other diplomas covering logistics, personal management and government administration. Craig is also a military veteran, having served as an Australian army officer on numerous overseas operations and is also a former mining executive with experience in various jurisdictions, including, Canada, Australia, Peru and Colombia.