3 Uruguay Startups to Keep an Eye on Post-Pandemic 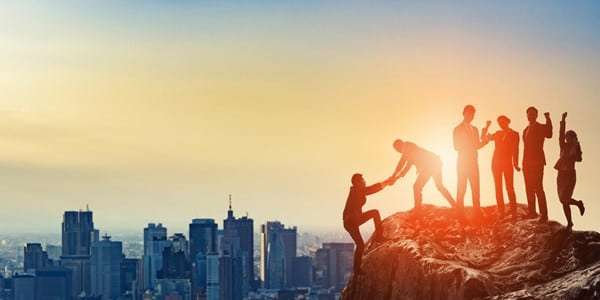 As Uruguay recovers from the social and economic ravages caused by the COVID-19 pandemic, the country’s tech sector has the potential to be a major force for economic recovery. While numerous small and medium-sized enterprises (SMEs) were forced to shut down and unemployment figures rose to a historic high, some businesses found opportunity amidst the turmoil, and were able to adapt, survive, or even thrive amidst the ‘new normal’ for doing business in Uruguay. Here we highlight three Uruguay startups to keep an eye on in 2021.

Known as the “Switzerland of South America” due to its banking secrecy and adherence to the rule of law, Uruguay has enjoyed lasting political and social stability, making it a safe country for foreign investors and multinational enterprises. With a gross domestic product (GDP-PPP) of $83 billion (all figures in USD) and a Gross National Income (GNI) of $21,120 per capita, the South American nation recorded more than $968 million of foreign direct investment (FDI) inflows in 2019.

Uruguay ranks third in the region in the Human Development Index, with an estimated 60 percent of its population considered middle class, and is a full member of the Southern Common Market (Mercosur), along with Paraguay and its two neighbors; Argentina and Brazil. In addition, according to Transparency International’s Corruption Perception Index (CPI), Uruguay is the Latin American country with the lowest perception of corruption.

If you are considering doing business in Uruguay, or have already established a company in the country, learning about three Uruguayan startups that are expected to grow after the pandemic might provide you with valuable ideas on how to adapt to Uruguay’s new business environment.

The impact of the pandemic on Uruguayan business

By February 2020, weeks before the first cases of COVID-19 were announced in the country, Uruguay had reached an unemployment rate of 10.5 percent, the highest reported since 2007. As expected, the unemployment rate rose to 11.6 percent during the first months of the pandemic. According to figures published by BBVA bank, Uruguayan exports fell 14 percent during the first half of 2020, and three of its main export commodities — meat, pulp, and soybeans — fell 18.5 percent.

Furthermore, due to border closures and lockdowns implemented by the government to prevent the spread of the virus, the tourism sector was severely affected, reporting revenue losses of more than 31 percent and causing the inflow of foreign currency to fall by 13 percent during the first three months of the year. According to the National Accounts report published by the Central Bank of Uruguay, the touristic sector and the restaurant industry saw a reduction in their sales of 32.4 percent, while sales for the manufacturing and consumption industries fell by 6.5 percent and 4.4 percent respectively.

E-commerce platforms have become a fundamental tool to guarantee the survival of SMEs in Uruguay. According to figures published by Mercado Libre, a leading e-commerce company in Latin America, online orders in Uruguay increased by 47 percent during the first five months of 2020. According to the Uruguayan Chamber of Information Technologies (CUTI), transactions carried out through e-commerce platforms are expected to increase considerably, with 53 percent of the country’s adult population regularly buying online before the pandemic.

According to Guillermo Del Cerro, vice president of the Uruguayan Chamber of Logistics (CALOG), the logistics sector in Uruguay also benefited from the increase in e-commerce transactions in the country. This is due in large part to the fact that there are millions of people who are acquiring products through virtual platforms, so they require logistics companies to take the purchased products to their homes. Mercado Envíos, Mercado Libre’s logistics company, reported a 20 percent growth in operations.

Another sector that benefited from the pandemic in Uruguay and which is also expected to grow in future months was online education. Due to restrictions imposed to curb the spread of COVID-19, many universities and educational institutions were forced to digitize their classes.

3 Uruguay startups to keep an eye on

The following Uruguay startups have grown during the pandemic and should be expected to continue on their upward trajectories in 2021:

Paganza is a mobile application that allows its users to pay all bills from their smartphone, scanning the barcode on the invoice and debiting the corresponding amount from their bank account. In addition, it also reminds users to pay their bills on time and thus avoid having to pay late fees.

The founders of the application are Leonardo Vernazza and Marcelo Lanfranconi, two Uruguayan computer engineers who before the development of this business gained experience in the private sector. For its development, Paganza received the support of four private investors as well as from the Uruguayan government’s National Innovation Agency.

“Paganza’s strengths are based on its status as a technology startup that complements the strengths of the banking institutions with which it works. This allows you to have great flexibility and quickly adapt the product to the needs of your customers. Paganza has managed to position itself in the first place in the Finance category of the App Store thanks to the good rating of its users,” Lanfranconi told Loogic.

NudaProp is the first naked ownership investment platform in Latin America and the Caribbean. It allows its users the possibility of selling a property without leaving home and generating additional income. In addition, it also allows its users to invest in a property at a lower price to obtain additional income in the medium and long term. According to the platform, naked ownership is a legal term that exists in the civil code of several countries and corresponds to property title without usufruct.

The app was created in 2018 by Constanza Boix and Valeria Delfino. In its first year, the business made 8 sales under this modality, and 51 properties created a profile to find new buyers willing to obtain their home through this project. Through NudaProp, owners and buyers can connect to make balanced deals. The rights and obligations of each party are reflected in a deed in the property registry to guarantee the benefit of all parties. On the other hand, the price of a property depends on the waiting period to be able to use it. The longer the term, the lower the price. Payment can be counted or financed by the seller or by a bank.

In a country where livestock and agriculture account for much of the country’s income and production, a startup like Chipsafe could not go unnoticed. Chipsafe is an Uruguayan startup that was founded by engineer Victoria Alonsopérez in 2001. This startup allows its users to monitor livestock remotely, helping rural producers to know where the animals are, receive alerts or detect behavioral anomalies.

In relation to the operation of this system, the control is carried out through an external intelligent device placed on the cattle, which transmits information to a server. This server processes and analyzes the received data, providing it to the rural producer. Chipsafer was selected as one of the best 50 startups in Latin America by the Inter-American Development Bank and selected by the United Nations Foundation for the 2017 Solutions Summit.

Aware of the importance and growth of the technology industry in Uruguay, the country’s government has developed several projects and enacted laws to encourage local entrepreneurs to develop their ideas. In addition, since 1999, the software industry has been considered of national interest and from there, a favorable regulatory framework has been implemented to promote the development of the industry.

Despite the fact that Uruguay is widely known as a country where agriculture and livestock are the basis of its economy, the technology sector is gaining ground and is becoming an increasingly relevant industry. Some facts related to the technological potential of Uruguay are: