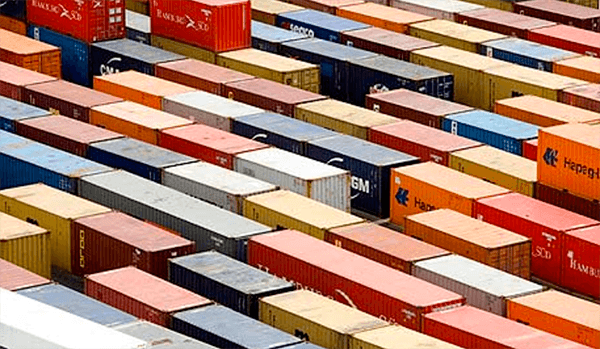 Gateway to South America on 26/03/2018 - 22:11 in All categories of countries are, Argentina-General, Brasil-general en, Chile – General, Perú-general en

The end of the first quarter of 2018 gives us a first glimpse of 2017 sales results in Latin America’s leading markets. Across the region, consumption grew thanks to strengthening currencies, falling interest rates and rebuilding consumer confidence. With the region’s big three (Brazil, Mexico and Argentina) enjoying modest to very strong consumption growth, 2018 promises to be an even better year than 2017.

To that end, below we break down some of the best-selling products and fastest-growing markets in Latin America.

According to Inkwood Research, the Latin American beauty and personal care products market totaled US$59.6 billion in 2017 and is projected to reach a value of US$83.6 billion by 2026, or 4% CAGR. Latin American women spend more than twice the global per capita average on these products.

The market for energy drinks in Latin America will grow with a CAGR of nearly 12% between 2017 and 2021, according to a projection from Technavio. As increasingly health-conscious Latin American consumers wean themselves off of high volumes of soft drinks, many migrate to energy drinks.

In a recent report with projections for the next 10 years (2018-2028), Reportlinker forecast a CAGR of 9.3% for the Latin American pharmaceutical market for the first half of that span. Latin America is the fastest-aging and most obese region in the world. As a result, chronic disease levels are rising quickly and with them, the demand for pharma products. Pharma retail is quickly consolidating, providing distribution efficiencies that make pharmaceuticals more affordable.

Although projections are that 20% of malls in the United States will close over the next five years, mall construction keeps booming in Latin America. According to Lizan Retail Advisors, malls in Latin America are growing by 5% a year. Mexico is leading the region in mall construction: Lizan projects that the country, which currently has 650 malls, will have 760 by 2025. Consumer demographic trends in LatAm (fewer children, more working adults) continue to support retail overall. While e-commerce is growing swiftly (15% per annum), it still represents only 3% of total retail, versus 12% in the U.S.

In Q3 2017 some 4.9 million PCs were sold in Latin America, representing a bump of 15.2% compared to Q3 2016. Overall, IDC forecasted 2.5% growth for the PC market in Latin America in 2017, with overall sales of 17 million units. Recovering resource prices and investment inflows are buoying most LatAm currencies; domestic interest rates are falling again after 2-3 years of austerity; online sales of computers offer price savings — all of which underpin growth.

According to research firm Counterpoint, smartphone sales in Latin America grew by 5% in 2017 to reach more than 146 million. The increase happened despite a significant drop in sales of premium smartphones in LatAm during 2017: a 9.4% decrease in phones costing $500 or more and a 26.6% decrease in phones costing between US$400 and US$499. Samsung’s sales grew by 14% in 2017 and it still leads the market with a 38% share, followed by Motorola (11.6% market share), LG (9.1%), Huawei (7.6%) and Apple (4.2%). The arrival of economical white-label smartphones from Asia make the ultimate aspirational product accessible to over 80% of Latin American adults.

While Latin America is growing soundly after a challenging three-year period, the rate of consumer growth varies by individual market. Here’s a look at what consumers in Latin America are buying in specific countries.

Likely to be Latin America’s fastest growing consumer market in 2018, Argentines are catching up on spending after a decade of stymied consumer credit and an undervalued peso. Enjoying strongest growth are non-essentials, higher-ticket priced products that require the flow of consumer credit to fuel their growth. The figures in this report are stated in USD. A strengthening Argentine peso therefore exaggerates already impressive volume growth.

Notebook computers: Sales of notebooks in Argentina went up by 55% in 2017 after import tariffs were removed, with a total of 557,000 notebooks sold last year.