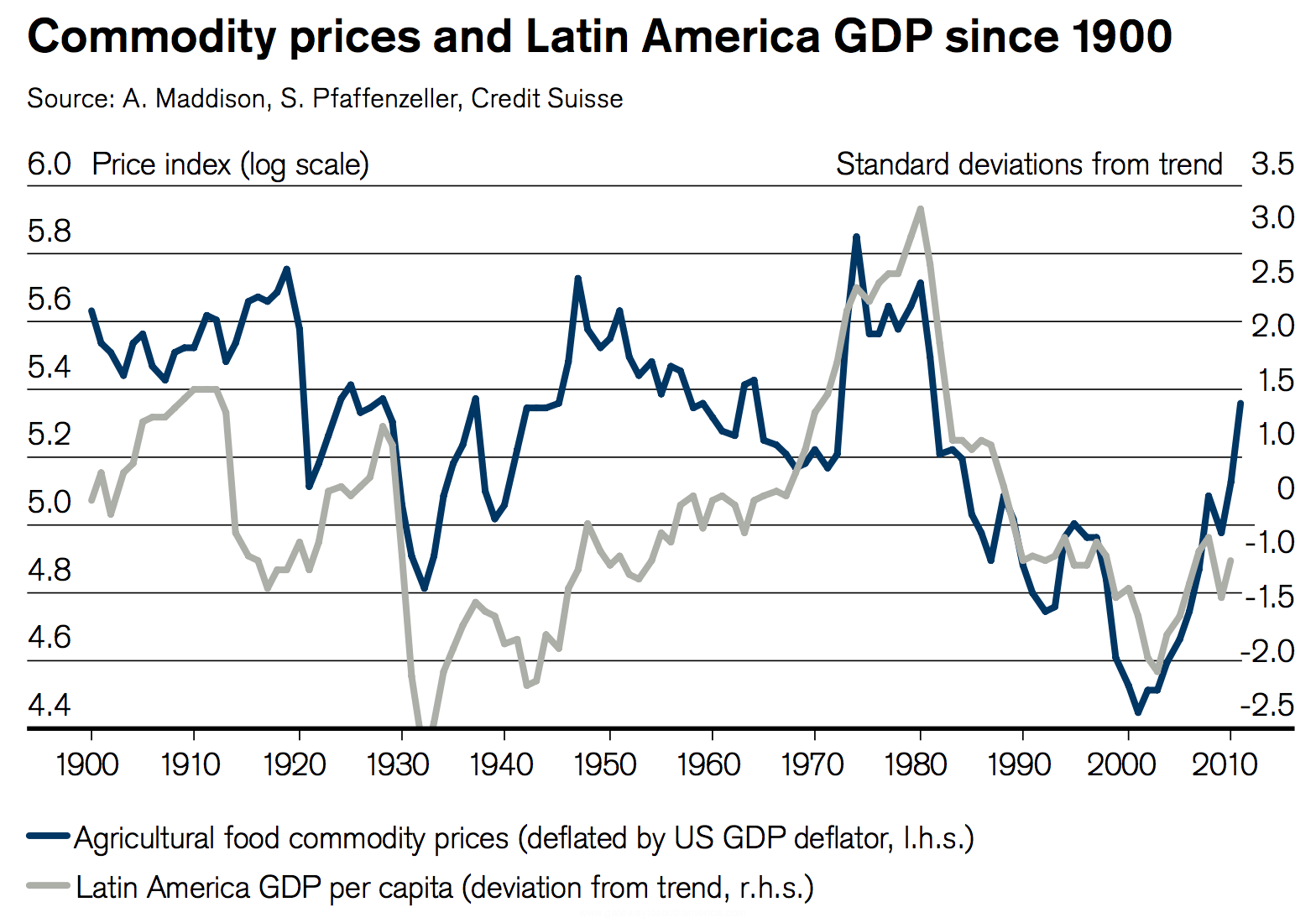 The 20-years view: Two decades of progress over the last two decades, Latin America has made significant progress in bridging the economic and social gap with more advanced economies. there has been significant improvement in living standards. 20 years ago, latin american countries were approximately somewhere in the middle on the United nations’ human Development index, whereas today the region is closer to the top quartile of countries in terms of development.

Any recollection of the performance of the Latin American economies during the so-called “Lost Decade” of the 1980s should suffice to convince us how much the region has progressed over the last two decades. Recurrent financial crises, rampant inflation, stagnation and persistent impoverishment seemed to be the distinctive features of most Latin American countries back then.

Thanks to harsh but indispensable stabilization and reform programs, the economic and social panorama of the region has improved enormously. Particularly during the last ten years the region has enjoyed, for the most part, financial and price stability, reasonable economic growth, a substantial reduction in poverty rates, and improvements in income distribution. Happily, in contrast to the region’s past, democracy continues to be the rule and not the exception.

By any reference to its own history, Latin America’s performance during and after the Great Crisis has been remarkable.

In the past, whenever there was a major disturbance in the international economy, Latin America suffered disproportionately.

In fact, during those episodes the region would sometimes not only be a victim but also a culprit of the disaster. This time was indeed different for Latin America, for the region showed not only enormous resilience during the most stressful periods of the crisis, but also because its economies rebounded rather quickly and strongly, preserving significant strength in their economic fundamentals.

As this report makes clear, however, it would be a terrible mistake for Latin American governments and societies to be complacent about the challenges in front of them. There are significant uncertainties and risks regarding the global environment in the coming years, which will entail a bigger effort to keep the Latin American economies both resilient to external shocks and capable of competing more effectively globally.

On the other hand, as the report makes clear, a closer scrutiny of some of the economic fundamentals and structural features of the Latin American countries shows that they are in much need of strengthening if the region’s per capita GDP is to converge at all in a few decades with the levels achieved by the developed countries. The gap has been closing too slowly and certainly other emerging countries, particularly in Asia, have done much better than Latin America in closing that gap. The report provides an excellent description of the challenges that will have to be overcome, but also rightly identifies the significant strengths that the Latin American economies already have.

Notably, the report provides a sound bridge between its macroeconomic assessment and the identification of sectorial investment opportunities that the region offer looking forward.

There is certainly value-added here for the interested investor.

Former President of Mexico and Director, Yale Center for the