148 years on, the newspaper continues to serve the Irish community in Argentina 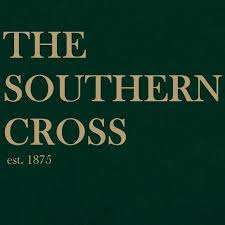 After La Capital (Rosario), La Prensa (Buenos Aires) and La Nación (Buenos Aires), The Southern Cross is the fourth-oldest publication in Argentina’s history, founded one year before the now shuttered Buenos Aires Herald. It is the oldest Irish newspaper published outside of Ireland, according to its publishers. Decades from its 1875 founding by Monsignor Patricio Dillon, the historic Irish-Argentine newspaper The Southern Cross may be different.

One of the oldest newspapers still in production in Argentina, The Southern Cross, founded in 1875 by Monsignor Patrick Joseph Dillon, has acted as a crucial voice for the Irish-Argentine community for the past 144 years.

Over the years, its pages have covered many topics, from Irish community events, interviews with Irish political figures, Irish book and film reviews and more. The publication has evolved over time, but it continues to serve as a uniting pillar for a community whose size today is far smaller than it once was.

The newspaper itself was initially founded in response to what Monsignor ‘Patricio’ Dillon, a priest and missionary, perceived was missing: an English-language Catholic newspaper in Argentina. Although primarily published in Spanish today, until the 1970s, the newspaper was published in English, the language of most of the original Irish immigrants to the country.

“We are Catholic first, Irish after,” Dillon, born in Ireland in May 1841, once declared when describing the Irish-Argentine community.

That statement would define the newspaper in its early days, built on the ties between Catholicism and the Irish community. However, the connection between the Church and the community in Argentina is not as strong today as it was in the past.

The Irish community in Argentina in general, however, is both significant and unique – excluding predominantly English-speaking nations, it is one of the largest Irish diasporas in the world. Today, the number of people living in Argentina who descended from Irish ancestors is believed to include at least 500,000 people.

However, the story of the first Irish arrivals in Argentina doesn’t fit the anticipated stereotype.

According to the current editor of The Southern Cross, Guillermo MacLoughlin, unlike Irish immigration to the United States and Canada, most of the immigrants who came to Argentina during the mid-1800s were not those suffering from the infamous potato famine that plagued Ireland at the time.

A community, however, is never homogeneous. Though never an explicitly political publication, not long after its creation, in the early 1900s, the newspaper did take a stand. It stood out from most sections of the Argentine press by supporting the Easter Rebellion, or Easter Rising, that gripped Ireland.

MacLoughlin attributes this difference to widespread links between Argentine media outlets and the British Empire. The Southern Cross was very vocal in its support, despite acknowledging a divide even within the local community over which side to support.

Years later, in 1968, under the nearly 20-year editorship of Father Federico Richards, The Southern Cross took on a new focus. It began to dedicate more space to human rights, MacLoughlin explained.

“Federico Richards was a passionate priest of great courage, who in difficult times for the country raised the flag of human rights when many other Argentines and even a certain ecclesiastical hierarchy preferred silence,” he said.

Through a severe political upheaval in Argentina, Richards was admired for his willingness to speak out and his ability to strengthen the community’s ties with Ireland and the United States.

For MacLoughlin, however, Richards’ impact was more personal.

Though he began his term as editor in March 2009, MacLoughlin says his personal relationship with T h e Southern Cross began much earlier. In 1975 in fact, when he was only 16 years old.

“I have fond memories of Federico, who distinguished me since I was a kid, as I opened the newspaper pages, urging me to write about all the topics,” he recalls.

From a very young age, the community was a topic around the dinner table. Guillermo says that his father always spoke very proudly about his Irish heritage. This early awareness of his roots encouraged the young 15-year-old to write local histories about Argentina’s Irish community.

Yet despite that solid connection with the Irish community Gullwewemo stands out from his predecessors. He represents a new era as the first and only editor of The Southern Cross to not be of 100 per cent Irish descent.

Besides, as the esteemed editor points out, it would be very difficult to find someone aged around 20 in Argentina today of 100 percent Irish descent.

“It is no longer an Irish community, but ArgentinianIrish, with greater roots in the country,” he explains.

Those roots have not gone unnoticed. Earlier this year, in March, Congress honoured The Southern Cross with a showcase exhibition, highlighting the newspaper’s long history and contribution to Irish-Argentine relations through a series of newspaper cuttings, articles, photographs, and anecdotes.

For once, as well as those who belonged to it, those outside the community could learn more about the newspaper’s long and influential history in Argentina.

“This exhibition allowed us to see how important communication is for strengthening ties and having the means to keep many people in contact who share a common feeling, culture and history,” said Ezequiel Fernández Langan, the Buenos Aires Province lawmaker who was responsible for bringing the exhibition to fruition.

The Cambiemos deputy, of Irish descent, also serves as president of the Parliamentary Friendship with Ireland group. The Southern Cross brings back sharp memories of his childhood, he said, recalling how his grandparents always had the newspaper lying on the table at home.

Addressing those gathered at the event’s inauguration on March 19, Ireland’s Ambassador to Argentina, Jackie O’Halloran, spoke about the importance of

The Southern Cross for the Irish-Argentine community, both in the past and present. “The Southern Cross has been such an important link keeping the Irish-Argentine community in Argentina in touch with what happens in Ireland. But also, for keeping them in touch with what happens within their own community and within Argentina,” she said.

Ireland’s envoy in Argentina since 2018, O’Halloran’s first posting abroad as a younger diplomat was to Buenos Aires between 1987 and 1991. During that time, she first learned about The Cross and was even able to forge friendships with the two editors from those times, Father Federico Richards and Kevin O’Neill.

“It was actually very moving for me to see the exhibition, which spoke about the work of those editors that I had known and also about the newspaper’s history,” O’Halloran told the Times. “As an Irish person, it reminded me that this is such a rich community.”

According to its publishers, The Southern Cross is the oldest Irish newspaper published outside Ireland. In Argentina alone, it is the fourth-oldest publication, behind La Capital (Rosario), La Prensa (Buenos Aires), and La Nación (Buenos Aires). For its readers, it’s been a current in their lives for decades, reflecting their community back at them.

“The Southern Cross is part of Argentine history, not only because it has been up and running for 144 years, but also because it helps understand what this melting pot was about, how this nation was built by immigrants who came to Argentina in search of opportunities and a better future,” says Brenda Lynch, a regular contributor for the newspaper since 2008.

Lynch, who has covered a wide range of topics for the newspaper – Irish community events, opinion pieces, interviews with Irish political figures, as well as book and film reviews – says that she’s been reading The Southern Cross her whole life.

A former journalist with the Buenos Aires Herald, Lynch – who today works for polling giants Ipsos-Mori – says the newspaper was the best place for her to start working. “I’ve been given the liberty to write about what I like,” she told the Times. “It’s been a great ‘school’ for me.”

Not long after Lynch began writing for the Southern Cross, MacLoughlin also began his role as newspaper editor. In his new role, he has started to implement a few changes to the 144-year old newspaper as an attempt to modernise the publication and move it back slightly to its English-language roots.

For example, MacLoughlin has re-introduced the concept of publishing the newspaper in both English and Spanish. “I started with one page in English, now two, incorporating many new collaborators, many of them from Ireland,” the editor explains.

In addition to this altered and more modern format, MacLoughlin also worked to introduce a weekly newsletter, which is distributed by email. The newsletter helps to diffuse information about the Irish community. This role has become more critical considering that the timeframe by which the newspaper itself is printed varies, from monthly to every six weeks.

So what lies ahead for the publication in the coming years? And what are the challenges of running The Southern Cross today?

MacLoughlin points to a lack of available finances, which is the main reason behind some of the delays in printing and distributing editions. But he remains hopeful the publication can overcome this hurdle shortly, saying that the newspaper must take advantage of the rising trend to search for one’s ancestral roots, as well as the revival of Irish culture and music, a growing niche interest into the broader community. Lynch, meanwhile, points to the challenges that all media is currently facing in the era of the Internet and social media, saying that, like most other publications, The Southern Cross must adapt to maintain its critical role within the Irish-Argentine community of today.

“I believe our Irish roots are still fundamental in defining who we are, even if our ancestors immigrated 150 years ago,” says Brenda Lynch. “The paper still plays a vital role in our community; it binds us together.”